Q. What is Leave to Remove/relocation of children?

A. An application for leave to remove the child or children of the family from the jurisdiction (i.e. from the UK) to live in another country arises when one parent wants to move abroad with the children following the breakdown of a relationship and the other parent objects to the move abroad. When the parents are unable to agree on whether it is in the interests of the children to relocate abroad the Court will make a decision on their behalf. This is known as "Leave to Remove".


Q. What should I do if I fear that the other parent of our children intends to remove the children from the country, against my wishes, without making an application to the Court?

A.  You need to move fast. You need to contact us or other lawyers immediately for urgent legal advice. You may need to apply immediately to the Court for an Order preventing the removal of the children from the jurisdiction. This is known as a Prohibited Steps Order. In urgent cases, you can apply for such an order without giving notice to the other parent. Other steps you can take in very urgent situations include: obtaining an order for the surrender of the children's passports or prohibiting the other parent from obtaining new passports; a Port Alert Order requiring officials at ports and airports to prevent the child being removed from the UK; and contacting the police requesting assistance to prevent the child from being abducted abroad (no Court order is required for this).


Q. How much does an application for Leave to Remove cost?

A.   This type of litigation can be very expensive in both emotional and financial terms, particularly if the case goes all the way to a Final Hearing, which many of these cases do. It is very difficult, once proceedings are underway, for agreement to be reached unlike other litigation where settlement is the norm. We provide free legal advice, by telephone or email, initially. If you then decide to go on to instruct us, we will always provide you with a detailed written costs estimate following our initial meeting with you so that you are fully aware from the beginning of the matter of what your legal costs are likely to be.


Q. Does it make any difference that I am not married to the child's father? 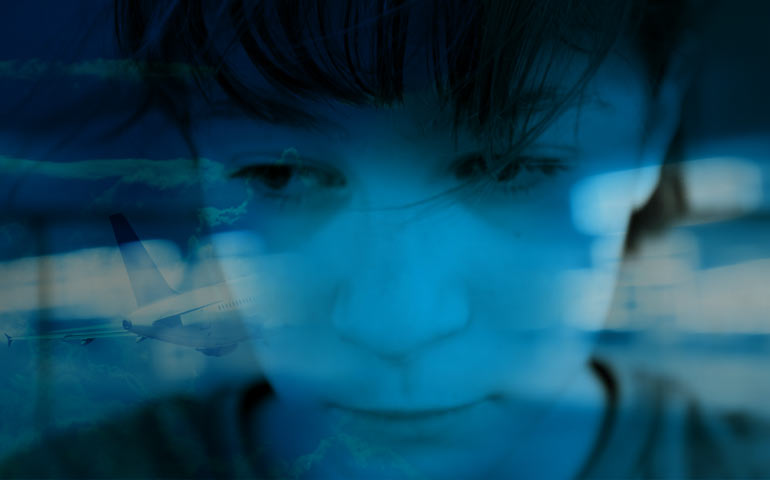 We know how to help you

Q. What is Child Abduction?

A. Removing your children abroad without the written consent of the other parent and/or any other person with Parental Responsibility for the child or the leave (permission) of the Court will amount to child abduction and will usually be a criminal offence. Similarly, remaining in a foreign country with your children after an agreed holiday, will amount to a wrongful retention which is also actionable under the Hague Convention.


Q. How will the Court decide the case if I apply for Leave to Remove?

A. The welfare of the children is the paramount consideration and in determining the children's welfare the judge will take account of specific factors, set out in the Children Act 1989, known as "the Welfare Checklist". These include the child's wishes and feelings (which will be of increasing importance with the child's increasing age and maturity), the likely effect on each child of any change in his circumstances, and how capable each of the parents are in meeting in each child's needs. Different weight will be attached to the different checklist factors, depending on the particular circumstances of the case. It is also necessary to consider guidance set out in Payne, as interpreted in other important Court decisions. These include the genuineness of the motives of the parent seeking to relocate, whether that parent's proposals for relocation are realistic and the genuineness of the motives of the parent opposing relocation. The impact on the child of any reduction in his or her relationship with the left behind parent will also be important in every case.


Q. Will the children be asked what they want to happen?

A. Your children may well be ambivalent about what they want to happen and feel torn between their two parents, knowing that they want different things. It is important that you avoid trying to get them on side. The children's wishes and feelings about the relocation will be of increasing importance in relation to the decision that is made by the judge as they get older, albeit their feelings will not be determinative of the outcome, being just one of the checklist factors.

The children's wishes and feelings will usually be obtained through the filter of the CAFCASS officer who will usually (not always) be appointed by the Court to prepare a report. The CAFCASS officer will have the opportunity of meeting with you and the other parent and with the children and spending time with them, without either parent being present. The CAFCASS officer (a social worker appointed by the Court) will be experienced in talking to children. He or she will not ask the children directly what they want to happen but will talk to them in a sensitive way to ascertain their views. He will then convey their wishes to the judge. Sometimes children have very strong opinions about what they want to happen and make these known to their parents and/or the CAFCASS officer.

Q. Can the children's mother or father move to a second new country without my permission or making a further application to the Court?

A.The English Family Court will decide whether the other parent should have permission to move with the children to one particular country from the UK. If permission to relocate is granted and the parent who has obtained leave to remove subsequently wishes to relocate to a different country, with the children, he or she should make a further application to the Court. However the matter is complicated by the fact that it is very unlikely that the English Court will retain jurisdiction. The matter will be governed by the law of the country in which the children are now living. It is likely that the parent will have to make an application to that Court, if you do not wish to give permission to the other parent to relocate to another, different, country.


Q. If I wish to make an application for more contact after the children have moved abroad, which Court will hear that application?

A. In nearly all cases the English Family Court will cease to have jurisdiction to deal with any applications concerning the children because they will have acquired habitual residence in the new country. Any applications concerning the children will have to be made to a Court in that country. However it will not be necessary for you to start from the very beginning as in the case of relocation to another EU member state (apart from Denmark) and to a country who is a signatory to the 1996 Hague Child Protection Convention (most European countries and Australia), orders made for contact by the English Court will be enforced automatically by the foreign Court. Where an application is made for leave to remove to a foreign country which is outside the EU and not a signatory to the 1996 Hague Convention, practical difficulties in enforcing orders for contact will be a factor the Court will take into account when deciding whether or not leave to remove should be granted


Q. Will I have to pay child support or maintenance if the children move abroad?

A. This will be a matter for the Court but in most cases it would be unusual for existing financial arrangements for the support of the children to continue. Usually the left behind parent will not have to provide financial support by way of maintenance for the children and will be free to use the money instead to fund contact expenses.